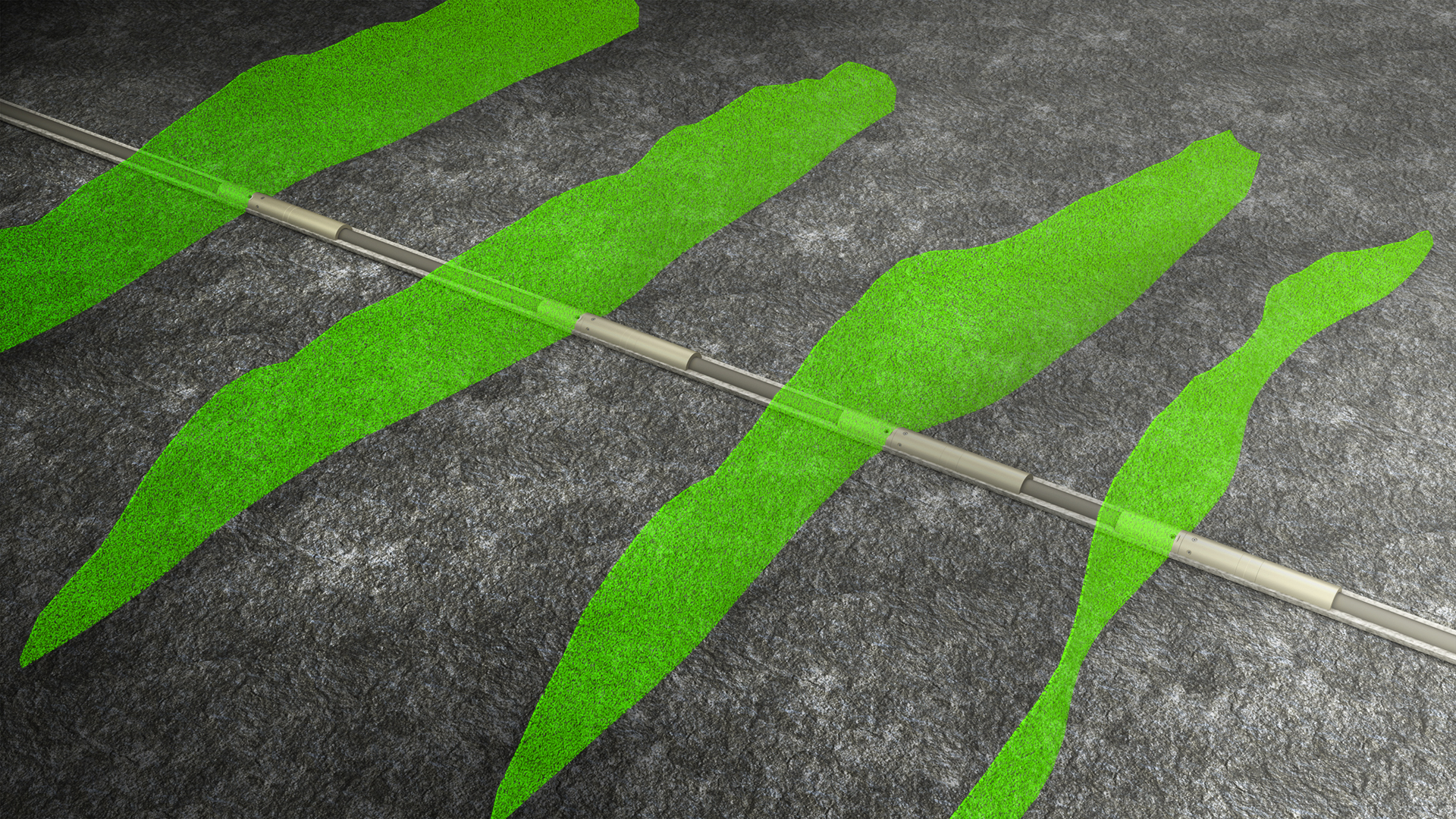 The South Fawares field is located in the Partitioned Neutral Zone between Kuwait and Saudi Arabia. The field has been producing from the Lower Cretaceous Ratawi reservoir since 1956. The Ratawi formation consists of three members from bottom to top: the Ratawi Oolite, the Ratawi Limestone and the Ratawi Shale. The South Fawares field is heterogeneous with variable petrophysical properties. Cores collected from a well in the field indicated porosity and permeability ranges from 5% to 25% and from 0.01 mD to 10 mD, respectively.

In September 2010, an Operator had drilled and completed a horizontal well in the Ratawi Oolite formation with a 3,000 ft, 8.5-in. open hole lateral at 6,650 ft true vertical depth (TVD). Initial production from the well was 1,450 BOPD with an electric submersible pump (ESP), but soon after being put on line the production declined. Several coiled tubing (CT) acidizing treatments were performed in an attempt to restore productivity. However, due to the formation heterogeneity, limited zonal coverage and inconsistent acid distribution, these treatments resulted in limited improvements to productivity.

The production performance plot (Figure 1) demonstrates the decline of oil production (October 2011 to September 2012) after the first CT acid stimulation job. The well had several workover jobs, such as pump flushing, general ESP well service and water shutoff, resulting in increased oil production before decreasing (November to December 2012) until it stabilized at an average 340 BOPD.

The Operator was faced with the challenge to select the most appropriate re-completion/stimulation technology that could achieve the following objectives: 1) Effectively and evenly stimulate the entire horizontal section, 2) Benefit from the vast network of natural fractures within the formation matrix to further enhance production, and 3) Maintain wellbore integrity.

From several options the Operator chose to conduct a pilot project implementing the innovative Packers Plus StackFRAC® open hole multistage completion system to achieve their objectives. The previously completed horizontal was chosen as the candidate through a selection process that included analysis of production and intervention history of several wells, formation logs and well testing data and other relevant well information.

A workover rig was mobilized for well preparation, which included removal of the ESP, a mechanical six-arm caliper log to obtain the most recent borehole size/geometry and performing a reamer run to condition the wellbore and ensure smooth deployment of the multistage completion to total depth. Analysis of the caliper log revealed that the borehole geometry was heavily impacted by the CT acid stimulation treatments performed; however, through mathematical modeling of the caliper data, in conjunction with other formation logs, the most appropriate locations to position the RockSEAL® open hole isolation packers were selected. 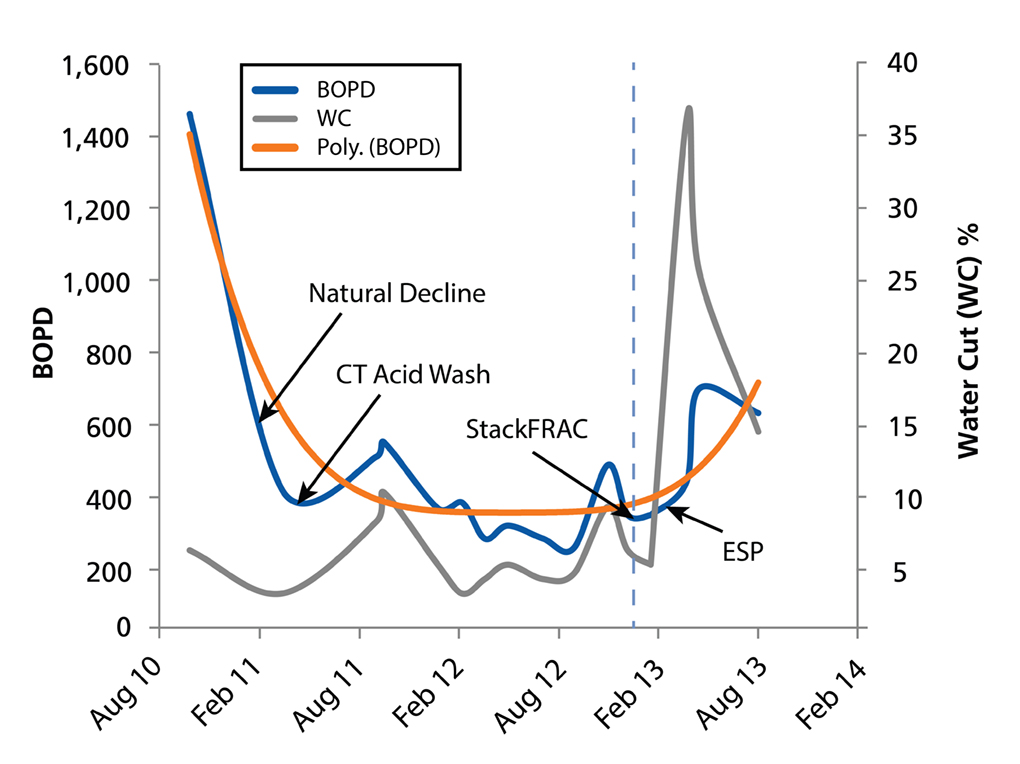 A 6-stage StackFRAC system was designed and successfully deployed and set to the target depth. Fracture pumping equipment was rigged up to the wellhead and the six FracPORT™ sleeves were opened sequentially, the first using hydraulic pressure and the next five using successively larger actuation balls. A total of 6,084 bbl of main acid fracturing treatments were pumped at a rate of 25 bpm through the FracPORT sleeves. Each stage had distinct pressure signatures for ball seating and/or port opening, as well as fracture initiation and propagation.

Following the StackFRAC system stimulation, the well was opened to flowback for cleanup. An ESP was installed in March 2013, with a resulting production rate of 620 BOPD—almost double the production compared to the pre-stimulation rate.

The success achieved from the first deployment of the Packers Plus StackFRAC system in South Fawares has opened new opportunities for reviving the productivity of additional depleted wells.